Home » Must Know When to Go to your Gynecologist?

Must Know When to Go to your Gynecologist? 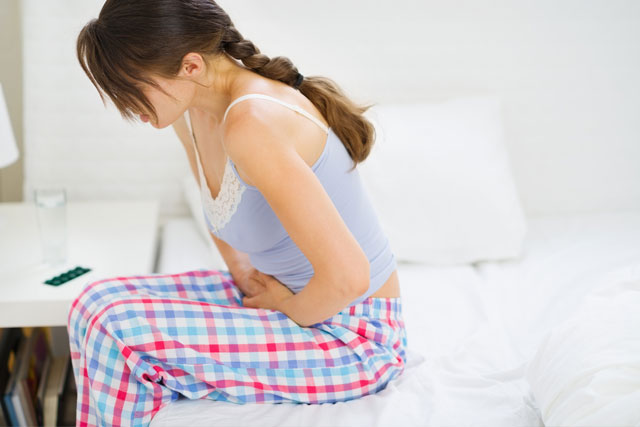 Science is astounding, miraculous, and one of the most significant achievements of the human race, with its inception, and different disciplines of studies. Gynecology is one such branch of science which is vital for the evolution of the human race, dealing with women’s reproductive health. Women are prone to different gynecological issues as their reproductive system is very delicate. A regular gynecological check-up is the only way women can make sure that they are safe and in good reproductive health. So it is imperative that you consult your gynecologist on a regular basis as I do with mine at Bluebonnet OB/GYN. In this write-up, we will discuss some of the common women health issues which need gynecological attention.

The majority of women face major trauma in their lives when they start having uterine fibroids. The symptoms are unknown but can be diagnosed by a pelvic exam and by ultrasound. Uterine Fibroids are benign tumors, also non-cancerous that grow inside the uterus. Once they are in the uterus, they make sure that they do not let the women heave a sigh of relief. The symptoms of the presence of uterine fibroids can be influenced by the location, size, and the number of fibroids present in the uterus. Some of the most common symptoms of uterine fibroids include: heavy menstrual bleeding, pelvic pain, frequent urination, menstrual cycle lasting more than a week, constipation, backache, leg pain and difficulty in emptying the bladder. And if these symptoms are persistent, then it’s the time to seek your gynecologist.

Sexually transmitted diseases, commonly known as STDs, are infections that transmit from one person to another through sexual intercourse. STDs are also known as sexually transmitted infections (STIs) or venereal diseases (VD). According to an approximation of The World Health Organization (WHO), there are more than one million new STDs acquired each day worldwide. Chlamydia, Chancroid, Gonorrhoea, and Herpes are some of the extremely dangerous sexually transmitted diseases, although there are some infections which can spread through sexual contact but are not categorized as STDs, for example, meningitis, as it can transmit for other reasons too.

Most STDs don’t show any symptoms, and if they do, it results in ambiguous or generic flu-like symptoms. So, if you suffer from symptoms such as bumps, itching, or burning urination due to a sexually transmitted disease/infection, especially in the genital area it’s the time to consult your doctor and get the test done. Some common STD symptoms in women are: thick or thin, milky white, yellow, or green discharge from the vagina, vaginal itching, vaginal blisters, burning, painful urination, and pain during intercourse. STDs can affect women at any stage of her life, so it’s always better to get your gynecologist regular check-up done from time to time.

Polycystic Ovary Syndrome (PCOS) is a hormonal disorder, which can afflict women of reproductive age. It is quite common in women; women with PCOS may have irregular or prolonged menstrual periods, polycystic ovaries or surplus male hormone (androgen) levels. According to an estimation, almost two lakh women suffer because of polycystic ovary syndrome every year globally.

The precise cause of Polycystic Ovary Syndrome (PCOS) is unknown, but the women who go through this hormonal disorder experience painful and irregular menstrual cycles. PCOS symptoms are more severe in cases if you’re obese, but primary diagnosis and treatment along with weight loss may help to reduce the risk of long-term complications such as type 2 diabetes, obesity, and heart disease. Some of the known common symptoms of PCOS are:

• Elevated or excess level of male hormone resulting in physical signs such as excess facial or body hair, severe acne, or male-pattern baldness.

• Ovaries might be enlarged and carry follicles that surrounds the eggs, due to which ovaries might fail to function regularly.

PCOS is also a treatable cause of infertility, so if you find any such signs and symptoms, talk to your doctor immediately.

There are many types of menstrual disorders, some of them are:

•    Amenorrhea – The absenteeism of menstrual bleeding.

•    Fibroids – Presence of noncancerous uterine tumors in the uterus.

If you are going through any of the above-given distress or if your periods are fewer than 21 days, more than two months or last longer than 10 days, it’s time to consult your doctor.

A woman’s body is complicated; we need to take care of ourselves as no one knows our problems better than us. Those women who regularly visit their gynecologists are always aware of their reproductive health. A regular gynecologist visit is a must, and we should view this task as important as other daily life chores.

Period / Menstrual Pains – Here are some...

Facts About Menopause: Every Women Should Be Aware...

The Best Ways to Lose Weight After Pregnancy

Polycystic Ovarian Syndrome – What is it?

A Simple Guide To Staying Healthy And Looking...

Can Women Over 40 Conceive? We Investigate!

Pregnancy Diet Plans – What and Why?

Some Reasons & Symptoms For Pelvic Pain